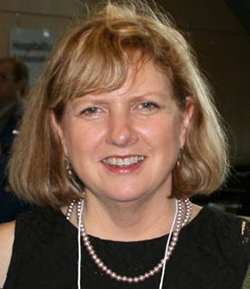 Seonaigh MacPherson received her Ph.D. from UBC in 2000 for an ethnographic study of a Tibetan monastic education, A Path of Learning: Indo-Tibetan Buddhism as Education. She has published widely, including a book with Routledge (2011) on Education and Sustainability: Learning Across the Diaspora, Indigenous, and Minority Education Divide, andco-founded with Dr. Zvi Bekerman the international scholarly journal Diaspora, Indigenous, and Minority Education.

Adult and Higher Education: Seonaigh's key mentor and professor was UK-based Dr. Peter Jarvis, editor of the Journal of Lifelong Education. Dr. Jarvis solicited and published her first scholarly article, a study of Buddhism as adult education,which was later reproduced in a book of best articles selected by Dr. Jarvis. Her doctoral and later SSHRC-funded (2005-2008) research focused on the intercultural and multilingual education and lifelong learning pathways of Tibetan refugees in Canada, the USA, and India, chronicling educational strategies to sustain their language, culture, and religion. She also held two SSHRC-funded research grants on professional education aimed at supporting Indigenous language teachers and intercultural teaching skills in K-12 teachers in Manitoba. Professionally, she has worked in healthcare, ESL/EFL/EAL, TESL, and environmental training and program development for adult learners. She has also worked supporting special needs learners in the K-12 education system.

TESL and SLE: Seonaigh has a standard 3 TESL Canada certificate. She has held key teaching and leadership posts in ESL/EFL in international, higher, and community education. In Manitoba, she served as President of the adult-ESL teachers' association and as provincial rep to the Board of the Center for the Canadian Language Benchmarks (CCLB) in Ottawa, where she later served as a consultant. She has taught ESL teachers for 15 years, including as ELSA-Net (now LINC) coordinator. She was lead curriculum designer for the award-winning ESL Pathways Project with Vancouver Community College and has published widely in the field, including in TESOL Quarterly, Teacher Education, and TESL Canada Journal. Also, she has researched second language (adult) education (SLE) aimed at Indigenous and heritage language maintenance, including a study of Gaelic revival in Cape Breton (2014).

Mindfulness Studies: Seonaigh began practicing meditation over 40 years ago, which led to travels and sojourns in Sri Lanka and India. She has studied with leading meditation teachers, including with HH the Dalai Lama, Ven. Tara Tulku, and Jon Kabat-Zinn. She participated in a formative Mind and Life dialogue at the Dalai Lama's residence in Indian in 1997, observing week-long exchanges between the Dalai Lama and leading Western physicists. She has taught Buddhism at the University of Alberta and, more recently, introduced undergraduate courses in mindfulness and wellbeing at UFV. In 2016, she became certified as an MBSR (Mindfulness-Based Stress Reduction) teacher and in 2018, received the highest, Level 2, certification to teach and supervise MBSR teachers in training. She collaborates closely with the Centre for Mindfulness Studies in Toronto and is currently negotiating a partnership agreement between the Centre and the University of the Fraser Valley.