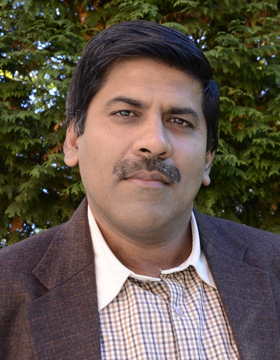 University should be a safe space for exchange of ideas.

“Heroes in Limbo—A comparative study of the heroic and the unheroic in the Iliad and the Mahabharata” presented at South Asian Studies Association conference at Salt Lake City, Utah on April 12, 2014.

“Spatializing cultural hybridity in Canada—A study of race relations in Rajni Mala Khelawan’s The End of the Dark and Stormy Night” presented at South Asian Literary Association conference at Boston, MA on January 3, 2013.

“Dynamics of Performance in the Classical Greek and Sanskrit Drama” presented at the South Asian Literary Association conference at Seattle on January 5, 2012.

"Spaghetti Indian or Curry Western-Reinterpreting Sholay on the Basis of Rasa Theory" presented at a seminar organized by Katha, Asia in November, 2005.

Chaired a technical panel on the LGBT issues in the Indian subcontinent at "National and International Concerns for Gender Justice: India and Canada”, held at the Himachal Pradesh University, Shimla on 27-28th March, 2015.

Melting Boundaries—Intercultural Dialogue and Manifestation of Wrath in Karna and Achilles by Indraprasth: ISSN 2278-7208 Vol II, 2014.

That Land Beyond the Waves—A play in two acts published by the Centre For Indo-Canadian Studies, 2017

Having worked as a human resources professional since graduating, I saw first-hand the value of an English degree in a business setting. Being able to write well definitely gives you a solid foundation that you’ll be able to use to succeed anywhere.