Back to Faculty directory 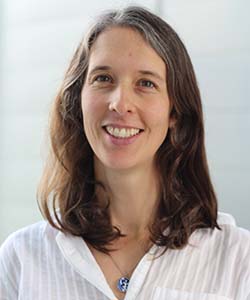 Chilliwack campus at CEP, CEP A2404

Originally from Ottawa, Cynthia completed concurrent Bachelor of Science and Physical and Health Education at Queen’s University (Kingston, Ontario) in 2003.  She took a study hiatus exploring the Canadian Rockies before pursuing her Master of Science (2008) and PhD (2013) in Kinesiology at the University of British Columbia. Her MSc and PhD research explored participation in high-risk recreation from an interdisciplinary perspective, investigating potential innate drivers (genetics) and individual differences (personality).  During her time at UBC, Cynthia taught Anatomy & Physiology and was involved in teaching exercise physiology.

After discovering a passion for teaching during her PhD, in 2013 Cynthia began a teaching fellowship at Quest University Canada, where she taught biology and sport psychology.  She began working at the University of the Fraser Valley in 2014, teaching human and exercise physiology in the Nursing and Kinesiology departments and has been enjoying her time at UFV ever since.

When she is not teaching/researching, you can find Cynthia with her family playing in the mountains.

Cynthia’s research has centred on gaining a better understanding of high-risk sport participation and individual differences in sensation seeking, impulsivity, and risk taking. She is interested in potential positive health benefits of athletic risk-taking, and also in physiological and environmental factors affecting risk taking in sport.  Cynthia’s most recent work at UFV explored the effects of an acute bout of exercise on risky decision-making.

Through her work in 2017-2018 as a Research Facilitator for Vancouver Coastal Health, she became involved in clinical research trials and is also interested in exploring ways to instil a culture of inquiry among health care professionals.  Cynthia is currently helping support a randomized clinical trial investigating the effects of a 12-month exercise and nutrition intervention in patients with atrial fibrillation.

J.F. Burr, C.J. Thomson.  (May 2013).  Health and Fitness Changes Resulting from Participation in Adventure-Based Learning for Troubled Youth.  American College of Sports Medicine.  Published in Medicine and Science in Sport and Exercise: 45(5).

Back to Faculty directory