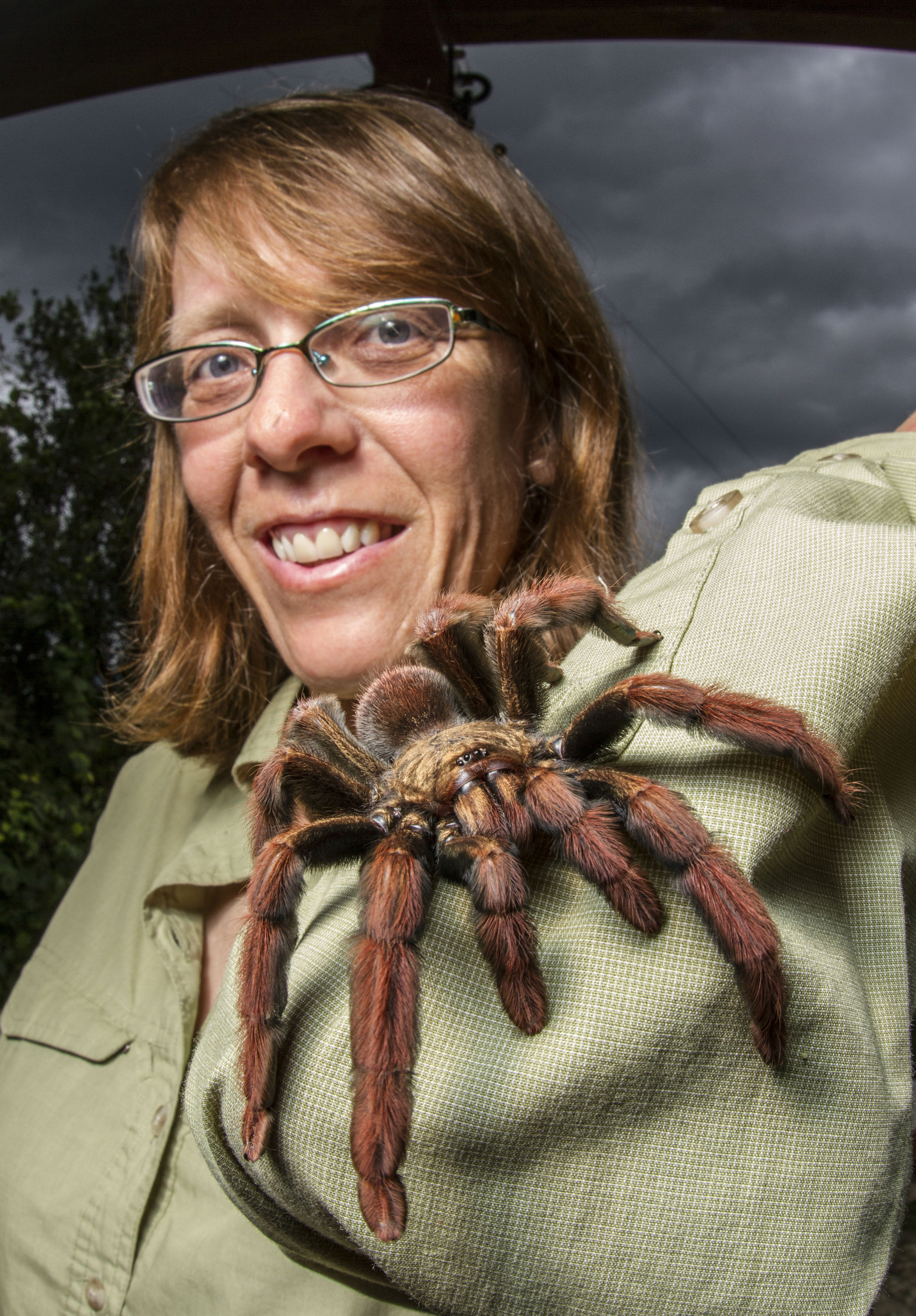 I have worked at the University of the Fraser Valley since 1992. Much of my teaching is centered on first year students, both in introductory first year lectures and in the more hands-on and practical first year labs. In addition to first year, I teach Entomology and Plants and Animals of B.C. I have also been very involved in all of the field schools that are offered by the Biology Department. These range from the majestic Andean mountain ranges and hot, humid rainforests teeming and humming with life in Ecuador, to the barren, inhospitable volcanic slopes and the myriad of rainbow colours of the coral reefs of Hawaii to the misty, hauntingly beautiful old growth forests and the long, empty stretches of golden sands of the Pacific Rim Natural Park on the wild west coast of Vancouver island.

I was born in Hertfordshire, north of London, in England. My colleagues and qualifications will tell you that I am an entomologist. An entomologist studies insects, and do you know how many of them there are out there? Well, conservative estimates put it in the over a million range. So, next time you catch an insect, don’t expect me to know what species it is! Given the difficulties associated with identifying insects, I have decided to branch out, widen my horizons, spread my wings, so to speak, and I have started to develop an interest in birds. There are apparently less than 700 bird species in Canada, so my chances of correctly identifying one are dramatically improved. However, I am  is still a neophyte bird nerd, so I may require a little more time before I can distinguish a herring gull from a western gull or a dusky flycatcher from a grey flycatcher. Since 2009, I have been actively involved with the Vancouver Avian Research Centre. VARC conducts bird monitoring and banding, provides research, education, volunteer opportunities, and visitor programs at its main Colony Farm field station. I have been most involved with the research program, regularly attending banding sessions to collect data that tracks the use of the park by different bird species. In collaboration with VARC, I have been researching the moult dynamics for the fox sparrow and the use of beak colouration in determining the age of individual birds. I have also recently started a research project on the nesting habits of the tree swallow and hope to start monitoring next box use by nesting adults through the use of radiotags attached to the birds.

My other passions are natural history, travel and nature photography, be it flora or fauna, furry or feathered, leafy or scaly. I have travelled the world looking for that grizzly bear about to catch a salmon as it struggles its way upstream or that leafy sea dragon hovering serenely over a bed of seaweed. I have puked my guts out while struggling over the high passes of the Inca trail and vomited through my regulator while scuba diving with over 50 sharks in the Coral Sea – I will do anything for a good photo!