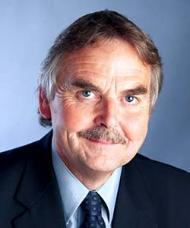 Canadian gardening icon and Fraser Valley community leader Dr. Brian Minter has served as Chancellor of the University of the Fraser Valley from 2008 to 2014.

A recipient of the Order of Canada, the Spirit of Enterprise award, and the BC Small Business Excellence award, Dr. Minter is a horticulturist, entrepreneur and co-owner with his wife, Faye, of Minter Gardens,  a destination garden centre in Chilliwack and former 27-acre world class tourist show garden. He is well known from his magazine and syndicated newspaper columns, TV and radio programs and his best-selling gardening book.

Minter has a strong connection to the University of the Fraser Valley. In addition to serving as UFV’s first Chancellor, he taught night school courses in horticulture in the 1980s and was chair of the Board of Governors when Fraser Valley College was transformed into a degree-granting university college in 1991. He is also a donor to UFV. Minter was granted an honorary Doctorate of Technology degree from UFV (then UCFV) in 2001.

As Chancellor, Minter served as the ceremonial head of the university. He presided over convocation and conferred UFV credentials (degrees, diplomas, and certificates). He also acted as an ambassador for UFV and was called upon to represent the institution at major events both on and off campus.

The role of Chancellor is a voluntary one, and was created at UFV when it changed from university-college to university status in 2008. Upon the recommendation of the UFV Alumni Association, and after consultation with the Senate, the Chancellor is appointed by the UFV Board of Governors. 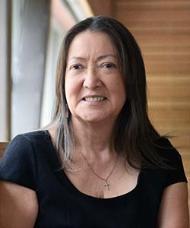 Dr. Gwen Point is the second Chancellor of the University of the Fraser Valley.

‌She was formally installed as Chancellor at a ceremony at the Chilliwack campus, Canada Education Park, on February 4, 2015.

Dr. Gwen Point has a connection to the Fraser Valley that stretches back decades. She started her engagement with what was then Fraser Valley College in the early 1980s when she and her husband Steven (former Lieutenant Governor of British Columbia and now a B.C. provincial court judge) took university-level courses there.

From Fraser Valley College student to member of the University College of the Fraser Valley board of governors, to UFV assistant professor, Dr. Point’s career and educational journey has paralleled the development of UFV from college to university. Her experience as Chatelaine of the Province of British Columbia — the title given to the spouse of the Lieutenant Governor — will serve her well when performing the ceremonial aspects of the UFV Chancellor role.

Point is an assistant professor in the School of Social Work at UFV, and teaches First Nations Studies courses, including Stó:lō Nation Development, and Stó:lō Communications and World View. She will be resigning her position as a faculty member at UFV in order to take on the voluntary Chancellor role.

Point brings extensive teaching and educational leadership experience, from elementary to postsecondary, to her new role, as well as extensive government experience from her work with provincial ministries and her service as Chatelaine of B.C.

She is a respected Stó:lō leader, mentor, and cultural advisor. She has contributed her cultural knowledge and experience to numerous books, conferences, workshops and communities, often as an invited keynote contributor.

She has also received numerous prestigious awards over the course of her career.

The ceremonial aspects of her Chancellor role will be inspired both by her time as Chatelaine of B.C. and her leadership role in the Stó:lō community.

When not busy with their professional or community roles, Gwen and her husband Steven enjoy spending time with their children and grandchildren.