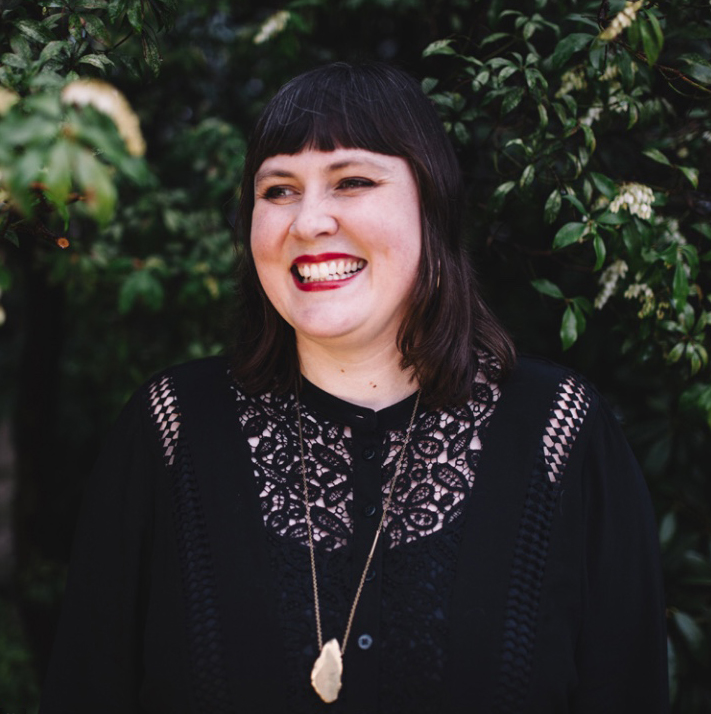 As a project-based artist, Aimée Henny Brown’s studio research manifests through printed matter in flat, spatial, and time-sensitive manners. Archives, historical doc-uments and photo-based media are activated through collage treatments, encour-aging a liminal space where print and paper transcend their material qualities and shift from their original meaning. Her practice addresses both the history and fate of printed matter as tangible elements in a virtual era.

Calling into question established image-based representations of romantic land-scapes and the Anthropocene; Aimée’s work operates as a catalyst to consider the veracity of the printed image and current events, while reconciling the kitschy, ab-surd aesthetics of bygone science-fiction narratives. Recently, her work has exam-ined fallout shelters; historically a quaint, even paranoid addendum to the mid-century modern home. Given current self-isolation protocols, pandemic hoarding, and a proliferation of survivalists and doomsday preppers, domestic bunkers are a culturally significant symbol once again.

The goal and challenge of her most recent work is to transport viewers from a nos-talgic view of past architectural styles and emergency shelters into a critical exami-nation of contemporary nuclear distress and imagined refuge, beyond the limits of colonial printed matter – to a space of no-one.  In addressing bunkers and survival-ism, Brown’s aim is not to romanticise the conditions of dystopic preparedness re-cently confronted, but to encourage consideration of what we have survived, wit-nessed and endured, in an effort to confront and imagine what could be.

Aimée Henny Brown, an artist and educator of settler ancestry, completed her BFA at the University of Alberta and obtained her Masters in Fine and Media Arts at NSCAD University.  She has received several awards and grants, notably the Joseph Beuys Scholarship for Artistic Merit and several Canada Council Production Grants. Her collages, drawings, performances and bookworks have been presented nation-ally and internationally, with group shows in Germany, Scotland, Los Angeles, San Francisco, and Knoxville and solo exhibitions across Canada. She has attended nu-merous artist residencies in North America and overseas.  Represented by the Van-couver Art Gallery Art Rental and Sales program and Ian Tan’s Online Art Gallery (OAG), Aimée is an Assistant Professor: foundations, 3D and extended media with the University of the Fraser Valley.