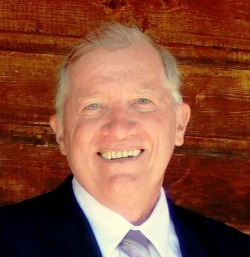 I was born in 1949 in Montabauer, Germany and have lived in Canada since 1957. I won numerous public speaking awards in both elementary and high school. The high point of my varied working life was the International Investigative Journalism Award I won during the five years I spent working as an interviewer in professional radio broadcasting. It was during this time that I realized I had a passion for researching, learning, counselling, and teaching. Areas of expertise include mental health; psychotherapy and counselling.

I have a private practice in philosophical counselling in which philosophical discussion is used to help individuals deal with life problems and issues. My work on is featured in an article in the Spring 2011 edition of UFV's Skookum magazine, titled "'Not-So-Crazy' Talk."

“Philosophy as Education and Mental Healthcare.” In The Korean Journal of Humanities Therapy. The Korean Society of Philosophical Practice. Kangwon National University, South Korea. Vol. 9, No. 2. 2018.

“Philosophy as Education and Mental Healthcare.” in “Philosophy for Students” inUniversity and College Counselling. Published by the British Association for Counselling and Psychotherapy. March, 2018. Lutterworth , UK. pp. 10-16.

The Korean National Academy of Sciences (NAS) has selected the Korean translation of my book Philosophical Counseling: Theory and Practice as one of the outstanding books of 2011. The NAS allocates a maximum amount of 15,000,000 won (approx. $15,000 CDN) per book to purchase this book and distribute it to universities, public libraries, and research centers throughout the nation.

Philosophy's Role in Counseling and Psychotherapy

Read an article about Peter's work at UFV