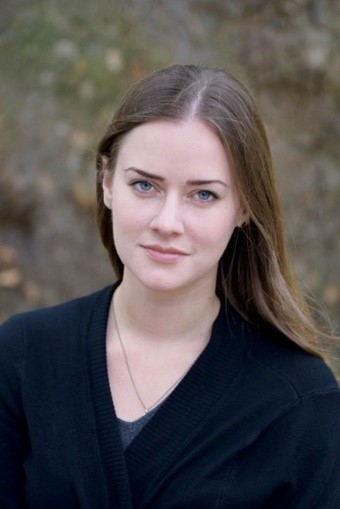 Amanda graduated from the University of the Fraser Valley in 2017, with majors in Philosophy and English Honours. During her time at UFV, she was president of the Association of Students of Philosophy. Additionally, through the university’s Supported Learning Groups Program, Amanda led school-funded study sessions for first year metaphysics and epistemology classes. Her philosophical interests include epistemology and philosophy of religion, and her final undergraduate philosophy project was a directed study on the philosophy of mind. Currently, Amanda is attending the University of St. Andrews in Fife, Scotland. There, she is pursuing a Master of Letters in Analytic and Exegetical Theology. In this context, Amanda’s undergraduate education in Philosophy is an indispensable asset, as the reasoning and precise writing she was taught at UFV are fundamental to her current studies. Amanda credits her admittance to St. Andrews to the personalized education she received at UFV. Meaningful conversations with professors and the opportunity to pursue particular academic interests through directed studies make for a truly exceptional and individualized experience. 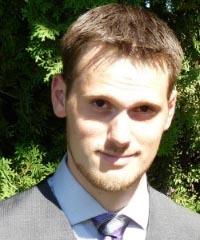 Curtis is a UFV graduate who earned a major in philosophy and an extended minor in political science. With a great deal of invaluable mentoring and support from UFV’s philosophy professors, Curtis worked on several projects in German idealism, existentialism, and phenomenology. Curtis was awarded the UFV Undergraduate Research Excellence Award in philosophy for his work on Heidegger’s Being and Time.

Curtis has been awarded several substantial scholarships—two Ontario Graduate Scholarships and the Joseph-Armand Bombardier CGSM Scholarship from SSHRC—for his academic and research achievements, the attainment of which he largely attributes to the solid philosophical foundations he acquired from his studies at UFV. 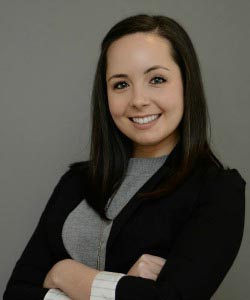 Devan graduated from UFV in 2013 with a double major in Philosophy and Psychology where she was a member, Vice President, and later President of the Student Association of Philosophical Counselling (SAPC), as well as a member and later Co-President of the Association for Students of Philosophy (ASP). Devan went on to Adler University in 2013 and completed her Masters in Counselling Psychology in 2015. She specialized in grief and loss, caregiver burnout and older adult mental health.

Devan now works for Fraser Health in the Older Adult Community Mental Health program and has a private counselling practice located in Chilliwack, BC. Devan accredits the Philosophy Department, especially Dr. Peter Raabe, who supported her in developing her philosophical (especially critical thinking) skills. Understanding how philosophy is used in counselling, and in life, has served her well in her current roles. She is honoured and proud to be a UFV alumnus. 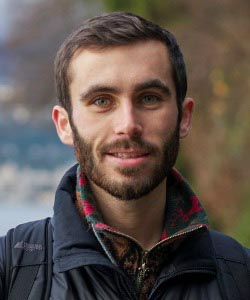 Dwayne graduated from UFV in 2013 with a major in Philosophy and extended minor in Criminology. During his time at UFV, Dwayne participated in the Philosophy Student Union, attended weekly philosopher’s cafes, and built meaningful relationships with faculty members in the Philosophy Department. The philosophers at UFV mentored Dwayne throughout his tenure here, offering continuous support and guidance.

The Philosophy Department offered courses that provided Dwayne with a rich sketch of the history of western philosophy coupled with directed studies which offered him the depth of education and philosophical training necessary to succeed in graduate school. After graduating from UFV, Dwayne attended Ryerson University in Toronto, Canada and completed his Masters in Philosophy in 2015. Dwayne strongly believes that the education he received at UFV was indispensable to his success in graduate school and in his career. At present, Dwayne works in Communications at the Dean's Office at Ryerson University and remains friends with UFV faculty and students from his classes. 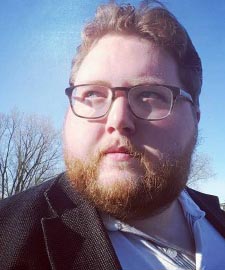 Jack is a proud graduate of UFV philosophy. After graduating with his Bachelor of Arts in 2012, he worked in provincial and B.C. politics. In early 2015, he was accepted to the joint law and business program at Western University in London, Ontario. He will graduate with a dual degree (JD/MBA) in 2018. Jack has found his philosophical training to be indispensable in both his work and academic pursuits, and strongly recommends philosophy as the best preparation for any further professional academic training one might want to pursue. Reading Louis Althusser is surprisingly relevant preparation for navigating the modern business school. 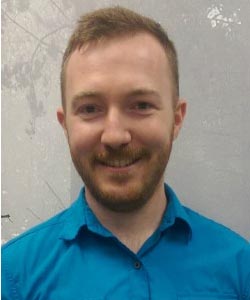 Nathan graduated from UFV in 2013 on the Dean’s list with a Major in Philosophy and an Extended Minor in English Literature, where he developed a deep interest in modern French and German philosophers, political theory, and the philosophy of language. As an undergraduate, Nathan acted as Vice-President and later President of UFV’s Association for Students of Philosophy.

In 2014, Nathan was accepted with funding to Ryerson University’s Master of Arts program. While at Ryerson, Nathan was able to secure SSHRC funding for his research and present some of his work at a conference at the New School in New York, USA. Nathan was then accepted with funding to McMaster University’s Philosophy PhD program where he is pursuing research into philosophical perspectives on retribution and vengeance. The Philosophy program at UFV not only provided Nathan with a firm foundation in the history of philosophy, but also with skills in textual analysis, reading comprehension, and writing. Nathan credits his passion for philosophy to the exemplary instruction and support of the Philosophy Department at UFV, and is a proud alumnus. 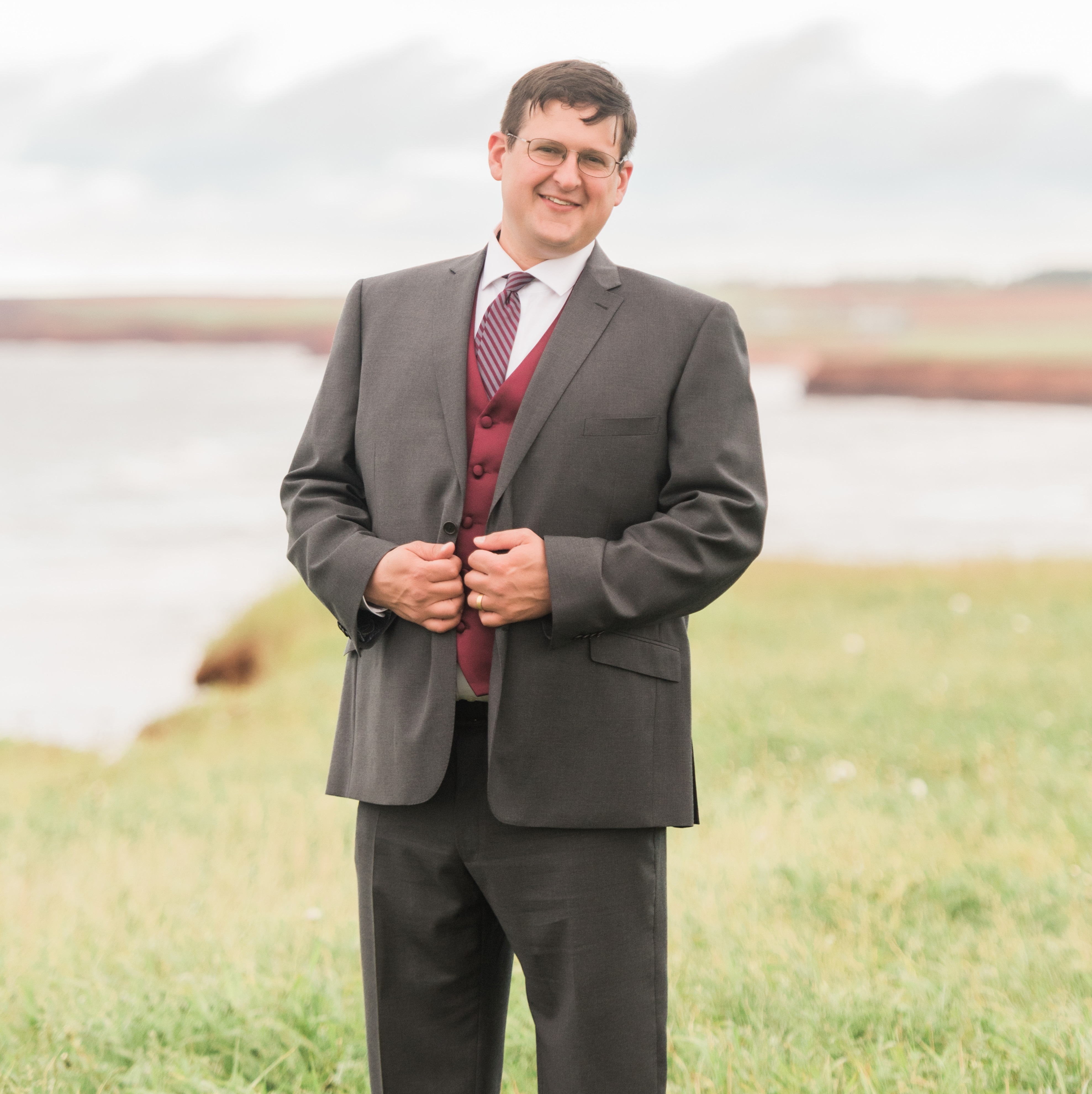 Will graduated from UFV in 2012 with a major in Philosophy.  He was able to devote many hours to studying the subject, in large part thanks to the help of the wonderful UFV Philosophy Faculty. The fruits of these studies included invitations to two faculty-level conferences, including one at the University of Oxford, in England.  Will continued his studies after leaving UFV and completed two masters' degrees – the first in ethical and political philosophy (MA), and the second in public administration (MPA).

Since leaving university, Will has worked in municipal governments and non-profit organizations in multiple provinces.  He resides with his family in Nova Scotia where he is the policy advisor for the Nova Scotia Federation of Municipalities.