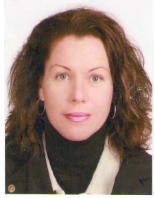 Dr. Millar has developed and taught more than 20 undergraduate courses in criminology, criminal justice and human rights at five post-secondary institutions in Canada, including developing the Northern Justice/Criminology program for Yukon College. She currently teaches first, second, third and fourth year undergraduate courses at the University of the Fraser Valley where she is an Associate Professor. Dr. Millar has engaged in domestic research consultancies on alternative and community-based justice and has lived and worked abroad as an international consultant for the United Nations and the Asian Development Bank. Her current research projects include the rights of children whose parents are involved in the criminal justice system; irregular migration, human trafficking and human snuggling; and the online risk and resilience of children and youth.

As a critical socio-legal scholar, Dr. Millar’s research interests include comparative and international law and criminal justice reform, particularly in relation to state and institutional violence directed against and access to justice for women, Indigenous peoples, and other historically marginalized groups including children and youth. She is also interested in politicized crimes like human trafficking, migrant smuggling and terrorism and has presented at various international, national and local conferences.

H Millar and Y Dandurand, ‘The Impact of Sentencing and Other Judicial Decisions on Children of Parents in Conflict with the Law: Implications for Sentencing Reform’, Technical Report submitted to the Department of Justice Canada, School of Criminology and Criminal Justice University of the Fraser Valley and International Centre for the Reform of Criminal Justice Policy, February 2017. Available here.