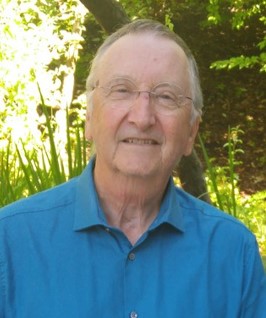 Alan Cameron was born and raised in Calgary, Alberta. Inspired by a student exchange to Québec as a young man, he studied languages, linguistics and literatures at the University of Calgary and completed his first degree in French, Russian and Latin. Alan received his postgraduate degrees in French and Slavonic Studies at UBC. His Ph.D. dissertation was a comparative analysis of Russian and English Romanticism, focusing on the influence of Lord Byron on Mikhail Lermontov’s great novel A Hero of Our Time.  After graduating, Alan taught English as a second language in Vancouver and then moved to Cranbrook for a year where he taught English literature, as well as French and Russian language. In 1975 he joined the faculty at Fraser Valley College and has been teaching French and Russian there ever since, recently gaining Full Professor rank. Teaching the language and literature of two major linguistic groups has provided a unique perspective.
An enthusiastic proponent of technology in education, and particularly Computer Assisted Language Learning (CALL), Alan has adapted his first-year communicative Russian language programme  Russian for the Twenty-First Century for study via computer, currently using the Can8 system, but is developing a fully online version in the near future, since he is currently teaching online. He has published several articles and has presented workshops on using computers for language teaching in the American Language Review, and in the journals of the AACE (Association for the Advancement of Computing in Education) and the IJH (International Journal of the Humanities). He has presented several papers at various symposia: on Bulgakov and Dostoyevsky at the UCFV symposium ‘Dostoyevsky – Man Life and Spirit’ in 2003; on Tolstoy’s views on war for the UFV Centenary symposium on Tolstoy and the Peace movement in 2010. Alan presented a paper on using computers for oral language evaluation at the 2007 Congress of the AACE in Québec City. His latest projects include a French applied linguistics textbook entitled Carpe Lingam: Introduction à la linguistique française appliquée  and a first-year twelve-chapter French language programme Bonjour, le Canada! which is now in its second edition. In July 2015 Alan presented a study on computers and language pedagogy at a workshop in Brussels, Belgium. Most recently Alan presented papers on Yevgeny Zamyatin and the Dystopian novel at the UFV Scholarly Sharing Initiative in Fall 2019 and on the poems of Yury Zhivago at a peace symposium at UFV in Fall 2018.
Alan is active in university and community matters. He has served on almost every committee at UFV and is very proud of the work he did in helping develop the UFV BA and especially the major in French. He has been the president of a local club ‘Hockey for fitness’ for whom he used to play goal. Retired from ice hockey as well as ball hockey in front of the garage, Alan now just walks, hikes and plays golf to try to stay active.
Alan has lead several student exchanges with Québec and taken various groups of students to France on study tours. Alan and Melissa, his wife since 1996, live in Abbotsford with their children, twin girls Bella and Sasha and son Mackenzie, step siblings to his grown-up kids Victor and Crystal.  After completing her master’s degree in education, Melissa has developed a highly regarded tutoring business, which keeps her very busy. Eldest son Victor is a video game designer and now lives in ‘La Ville de Québec’ with his wife Heather and daughter June. Alan’s daughter Crystal works in the insurance industry and lives in Vancouver.  Alan loves to play golf, power-walk, listen to music and read. He continues to enjoy watching Jeopardy!, movies and Netflix and playing Trivial Pursuit, Risk and other games with Melissa and the kids. Alan loves teaching and engaging with his students; despite more than four decades at Fraser Valley he is not ready to retire yet, For the foreseeable future Alan intends to continue to stay active, doing this educational work which he finds so captivating and fulfilling.

Get MOLA money to fund your French studies. $750 Scholarships are available for 3rd and 4th year students studying French.