Please click on the links below to read media articles related to the Centennial of the National Historic Site, Gur Sikh Temple in Abbotsford, BC.

In 1911, determined Sikh pioneers from India built this temple, or Gurdwara with lumber donated from the nearby sawmill where many of them worked. Blending traditional Sikh and western frontier designs, the temple included a langar hall and a prayer hall of worship. It also became a centre for the social and political life of South Asian immigrants, helping them forge a vibrant community. Today, this oldest surviving Gurdwara in North America reminds us of the immigrant experience of Sikhs in Canada, and continues to be a sacred symbol of their spirituality.

Completely renovated and beautified, this National Historic Site is being honoured by the community through year-long activities and events that we invite you to attend.

Views about the opening of the first Sikh museum in Abbotsford 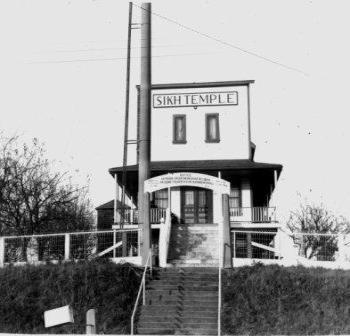 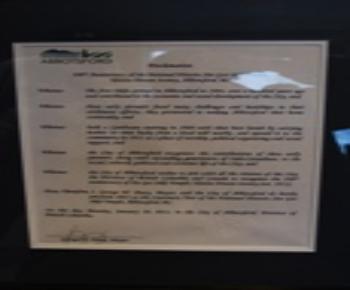 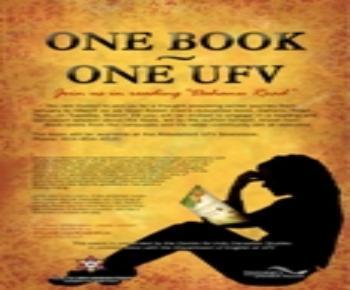 One Book, One UFV Reads Campaign

The Centre for Indo Canadian Studies at UFV presents the South Asian Readers' and Writer's Festival on Tuesday, March 29th. The headliner for the evening will be Anosh Irani, who will discuss and read from his latest book, Dahanu Road. Writers who will also be presenting include: Tariq Malik and Gurjinder Basran. Prior to the festival, the CICS is launching a "One Book, One UFV" reads campaign, where faculty, staff, students, and community members are encouraged to read Dahanu Road in anticipation of the event itself. 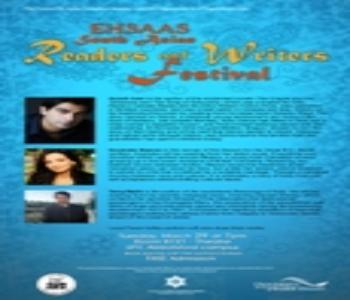 The headliner for the evening is author Anosh Irani, who will be reading from his latest novel Dahanu Road, a tale about Zairos, a dissolute young landowner's son living in the town of Dahanu, just outside Bombay. Zairos's comfortable life is turned upside down when he falls in love with a former servant's daughter Kusum, as he eventually finds himself defying taboos with their relationship. At the same time his grandfather, Shapur, reveals to him the story of their family and of the land that Zairos stands to inherit.

Author Gurjinder Basran will be reading from her debut novel, Everything was Goodbye, which tells about Meena, a young Indo Canadian woman growing up in the lower mainland of British Columbia and traces her life as she struggles to assert her independence in a Punjabi community. Though a narrative moving between race and culture, it is ultimately a story of love, loss and self acceptance amidst shifting cultural ideals.

Author Tariq Malik will be reading from his recently released book, Chanting Denied Shores, which consists of the narrative threads of a disillusioned and dislocated passenger on the ill fated ship, the Komagata Maru. The book also includes the startling revelation of how some of the deported passengers walked the railway tracks from Calgary to Vancouver barely ahead the onset of winter.

Where: B101, Theatre Room, University of the Fraser Valley
When: Tuesday, March 29th at 7pm 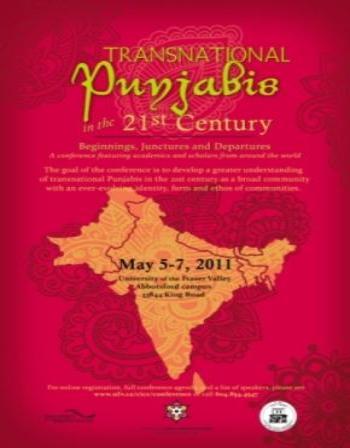 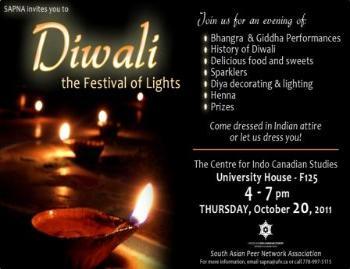 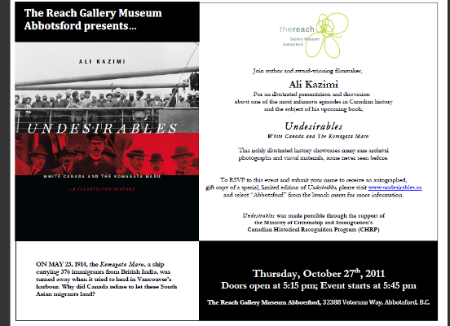