Dr. Ikejiani has been an Orthopedic Surgeon at the Royal Victoria Hospital in Barrie Ontario for the past 18 years. His practice includes orthopedic trauma and joint reconstruction with emphasis on revision hip and knee arthroplasty. He has staff privileges at the University Health Network at Toronto Western Hospital. He is also a lecturer at the University of Toronto.

**Pre-recorded presentation is available for viewing at https://youtu.be/qJzGN89NQEg 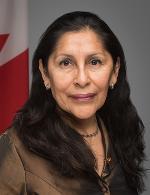 "From Science to Politics: Why Canada Needs More Science in Parliament"

The Honourable Rosa Galvez, independent senator for Quebec, has had an unusual career path leading her to the corridors of Parliament. Born in Lima, Peru, she developed an interest in finding solutions to pollution and studied civil engineering. Her path led her to Canada where she completed her PhD and became a professor at Université Laval in Quebec. Passionate about the diffusion of knowledge and the inclusion of science in decision-making, she decided to bring her wealth of knowledge to the Senate of Canada where she now has a direct impact on legislation. Senator Galvez focuses much of her parliamentary work on issues such as climate change, social inequalities, sustainable finance and economy, and environmental legislation. Since her appointment to the Senate in 2016, she hopes to act as a bridge between science and decision-making. Parliament needs science, and you can help make that happen. Biography | Blog | YouTube Channel | Twitter | Facebook

**Pre-recorded presentation is available for viewing at https://youtu.be/E9iOsrQZqXI.

Watch the Question and Answer Period on our YouTube Channel 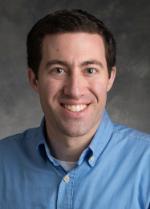 "Public Perception of Science: Lessons from a Dead Sheep"

In February 1997, Dr. Ian Wilmut announced that he had cloned a sheep, and everyone went nuts.  We all form opinions about science, but what happens when we don’t really understand the breakthroughs we’re forming opinions about?  In this talk, comedian, molecular biologist, and TV host Dr. Adam Ruben examines the way people perceive (and mis-perceive) science and scientists.

Watch his talk in its entirety on UFV's MediaSpace

Rhodamines are fluorescent lipophilic cations that have high affinity for mitochondria and thus have been used extensively as potentiometric dyes for the study of these ‘powerhouses of the cell’ in vitro. Heart cells are rich in mitochondria, and thus our lab has developed radiolabeled rhodamine analogues that can be used to detect coronary heart disease in vivo using positron emission tomography (PET) molecular imaging techniques. After an introduction to PET and PET chemistry, he will discuss the radiochemical development and pre-clinical assessment of 18F-labelled rhodamine 6G (18F-Rho6G), which is currently undergoing first-in-human trials. He'll also discuss the role of 18F-Rho6G in the validation of autologous mitochondrial transplantation, a revolutionary treatment strategy that utilizes a patient’s own harvested mitochondria to preserve heart tissue that has been damaged by ischemia-reperfusion injury. Finally, in keeping with his commitment to expand the role of molecular imaging to address diseases associated with Indigenous and child populations, he’ll discuss his proposed strategy to leverage 18F-rhodamine technology towards the non-invasive detection of bacterial infections such as tuberculosis. 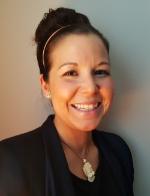 "(Re)weaving frayed connections: the depth of science and mathematics knowings within Indigenous stories"

Exploring the journey towards ethno (mathematics) through Indigenous ways of knowing. Ethno (mathematics) makes space to reconnect the human with mathematics. This is a relationship that requires a reconnect after been lost or overlooked when imperialism and colonialism began to promote a mathematics that prioritized the abstract and focused on learning and truth as acquired through generalization and categorization. Kori is using story as a way to reignite lost connections between humans, the land, community, and mathematics. Her research brings together students with Elders and community to experience the depth of knowledge within stories of land and culture, creating more relatable and holistic connections to the math and science that surrounds us all.

Read more about Kori on UFV's Faculty of Science Blog 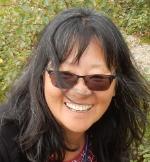 Dr. Lee has devoted 35 years to fish cell line development and in her presentation, she recapped her past work and presented research projects for a fascinating future for fish invitromatics.

"Fish invitromatics: a compilation of a research career"

Invitromatics was a new term introduced in 2017 to describe a field of research that dates back 75 years but had no distinct terminology. Since the early 1940’s, scientists have been able to culture and grow cells outside an organism and maintain them for seemingly indefinite times as "cell lines". Most famous among the over 100,000 cell lines developed to date, is HeLa, the human cell line derived from a cervical cancer biopsy of an Afro-American woman in the early 1950’s. These cells were instrumental in the development of key vaccines and cancer medications, technologies for in vitro fertilization, gene mapping, cloning, among many other biotechnological applications. Although most cell lines available to date have been derived from humans, cell lines from many other organisms have been developed including fish.

"Dear Canada as you Celebrate 150: Reflections from a First Nation's Perspective"

As you celebrate 150 years of Confederation I hear the words of Chief Dan George spoken on Canada’s 100th birthday, “Today, when you celebrate your 100 years, oh Canada, I am sad for all the Indian people throughout the land.”

Chief Dan George finished with,“Oh God! Like the thunderbird of old I shall rise again out of the sea; I shall grab the instruments of the whiteman’s success-his education, his skills- and with these new tools I shall build my race into the proudest segment of your society”. Let us look at what has changed in the last 50 years. 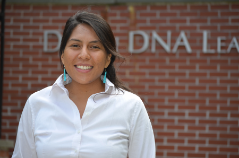 Joslynn Lee is Kiis’áanii [Pueblo of Laguna Parrot Clan] born for Tódik'ǫzhi [Navajo Salt Water Clan]. She received her BSc degree in chemistry and cellular & molecular biology from Fort Lewis College and a PhD in computational chemistry from Northeastern University. After completion of a postdoctoral fellowship at University of Minnesota Medical School, Duluth campus in the lab of Professor Matthew Slattery, she joined Cold Spring Harbor Laboratory’s DNA Learning Center in 2015 as Data Science Educator. She has served as co-author several publications in peer-reviewed scientific journals. Joslynn engages with Native American students and communities in the areas of chemistry and genomics.

Read more about Joslynn on UFV's Faculty of Science Blog

Leptospirosis is a disease caused by infection with strains of spirochaetes belonging to the genus Leptospira. Leptospires are found in fresh water and pathogenic strains are adapted to carriage in the renal tubules of host animals, from where they are excreted in urine, contaminating the environment. Leptospirosis  is a globally widespread zoonosis, but is not often considered in the differential diagnosis of febrile illness in developed countries. Formerly considered to be an occupational disease, the major burden of disease is in tropical regions where diagnostic capacity is least developed. Recent large outbreaks associated with rainfall and changing human behavior have raised the public profile of this often overlooked zoonosis. This seminar will focus on the animal reservoirs of leptospirosis and the human activities that lead to infection.

"The Nature of Sex"

Former ballerina and Biologist with a twist, Canadian Carin Bondar has a PhD in biology from the University of British Columbia. She is the writer and host of the web series Wild Sex (Earth Touch Productions) that has garnered over 50 million views. Her TED talk on the same topic has reached an audience of over 2 million. The Nature of Sex, her book based on the series, is currently available in the UK, Australia and New Zealand, and will be available in the USA and Canada in 2016.