Officially granted by the Canadian Heraldic Authority under the authority of the Governor General of Canada, a coat of arms is a form of personal or corporate identification, like a logo or wordmark, but it is designed to be timeless and symbolic. 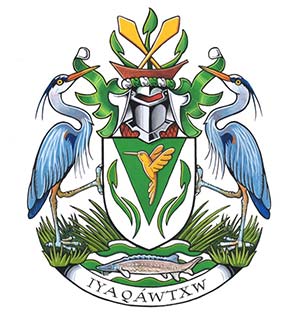 Symbols explained from bottom to top of illustration at left: 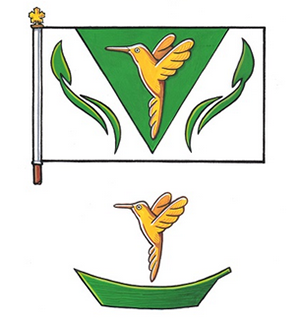 The concept was designed by Bruce Patterson, Deputy Chief Herald of Canada. The coat of arms represents the mission and mandate of UFV and incorporates symbols drawn by artist David Farrar.

UFV also received an official design for a new flag and badge, which also reflect the design elements found in the coat of arms, as pictured on the left.