Equip yourself for a successful career in Human Resource Management. By drawing on the principles of multiple disciplines, including business, psychology, and sociology, you will learn to identify and analyze people-related problems, and develop solutions that strengthen organizations. Students who successfully complete the major and maintain at least two consecutive years of student membership in the Chartered Professionals in Human Resources of BC & Yukon have the option of being exempt from writing the National Knowledge Exam component of obtaining their CPHR designation.

Uniqueness of the HR Management major

The Human Resources Management major is multidisciplinary and exposes students to a variety of viewpoints and theoretical perspectives. Classes are highly interactive and emphasize teamwork, experiential exercises, and application of concepts to real-world problems. In particular, students have the opportunity to develop their oral and written communication skills. Without people, organizations cannot exist: the concepts and frameworks that students learn in HR classes equips them to manage strategically and engage employees.

Small class sizes allow students to benefit from hands-on learning and direct interaction with instructors. Students are provided with opportunities to work with real organizations and to participate in faculty research.

Completion of the HR Management major, along with maintaining two years of consecutive membership in CPHR BC & Yukon, moves students closer to obtaining their CPHR designation by exempting them from writing the National Knowledge Exam.

"I decided to go study abroad because I felt that my life was a bit mundane. I thought to myself, “I’m only young once! It’s time for a change.” I chose Mälardalen University in Sweden because I wanted to go to a school in a country that would provide me with an authentic culture shock: a different language, new customs, and the ability to hop on a plane for a weekend in Spain! In Sweden, learning wasn’t about repetition and memorization, but more focused on working towards having a strong voice with a stronger argument. I came home with an open mind and a fearless attitude that I still use today. The experience allowed me live out the rest of my UFV career to the fullest."

Students are encouraged to view course offerings to find the school that best fits their program.

"Co-op enabled me to apply what I was learning in class and really put all the pieces together. I went into my Co-op experience at Golden Valley Foods as an HR Assistant with my mind made up that I wanted to specialize in recruitment and selection. But after getting a taste of the bigger picture and all the functions in the department, I realized I wanted to be an HR Generalist to bring excitement and variety to my days. I would definitely recommend you do Co-op! It will help you figure out what really is your passion." 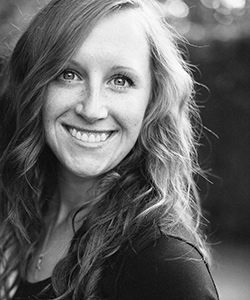 "What initially attracted me to the Co-operative Education program was the fear of graduating University without any real work related experience and then not be able to get a job.

"I was the successful candidate for a Human Resources and Payroll Assistant part-time Co-op term at Prospera Credit Union. My time there was amazing: I actually ended up staying there for three years.

"The benefits and knowledge I gained from this experience are endless. It really has been instrumental to me in my career since graduating, as now I am a Human Resources Advisor for a company out in Chilliwack. I would recommend the Co-op program to everyone."

A Human Resources Assistant is responsible for providing support by assisting with the development and implementation of policy, recruitment, orientation and training, benefits, and other areas as directed. A HR Assistant is also responsible for maintaining accurate, up-to-date HR filing systems and personnel records, and drafting reports.

A HR Generalist manages all human resource functions for assigned location to include: recruitment, new hire processing, benefits enrollment, worker’s compensation, and more. Acts as the main employee contact for employment-related issues at the station.

A HR Director develops and drives a company's people strategy, while supporting the leadership team and providing guidance on employee and labour relations. A key focus is developing the internal employee base, including the HR Director's own HR team. Always looking forward, an HR Director looks for new ways to implement sustainable change initiatives, challenge the status quo, and collaborate with business leaders and the larger Human Resources team.

Graduates without relevant work, Co-op, or international study experience should expect an entry-level pay at the lower end of the spectrum. 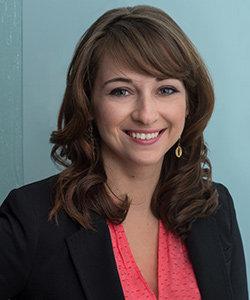 "When I first decided to attend UFV, I imagined that I would be a typical commuter student, just attending my classes and leaving. I never predicted that I would end up so involved,” says Whitney Friesen, UFV Business Administration alumna.

Indeed, during her time at UFV, Whitney spent two years serving on the Board of Directors for the Business Administration Student Association (BASA), and even served as president in her final year of studies. She also worked part-time as a Career Peer at the Career Centre, providing résumé and cover letter support to fellow students and organizing volunteers for the annual UFV Career Fair.

She went on to graduate on the Dean’s List of Distinguished Students and receive the 2012 Student Leadership Award. She looks back on her time in the classroom saying, “I was always appreciative of the small classroom sizes and involvement of my professors. I had a fantastic human resources professor who inspired me to make Human Resources my career and took extra time to mentor and guide me”.

After graduation, Whitney obtained her CPHR (Chartered Professional Human Resources) designation. She has gone on to work for the CPHR BC & Yukon division as a Professional Development Coordinator for four years and is now the Human Resources Coordinator at Smythe LLP, a mid-size accounting firm headquartered in downtown Vancouver.

When not at work, or travelling the globe, Whitney is a facilitator for the CPHR course, which she enjoys, as it provides her with a continued opportunity to apply her studies in a tangible way. “No matter what I do in life, I know that business will always be a useful degree and a strong foundation on which to build a career,” she concludes. 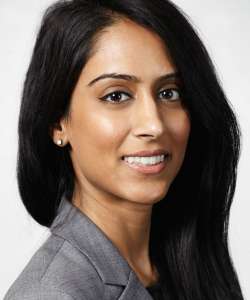 When I graduated, I was fully equipped to be successful in the business world. I leveraged opportunities and resources that were available to make the most out of my experience.