Back to UFV Research Chairs 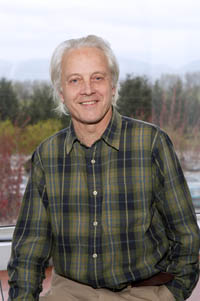 Brody's research included a number of multidisciplinary and multimedia projects, including one with young Aboriginal people in the Fraser Valley. The work sought to better understand how young men and women in Sto:lo communities define the value of their lives. As a comparative anthropologist, Hugh Brody's work has taken him around the globe. He has studied land use issues related to the Hai-kom Bushmen in Namibia, Africa; researched the economic impact of hydro projects on the Nez Perce Tribe in Idaho, and examined the social, economic and cultural losses due to resettlement of tribal communities in India.

Back to UFV Research Chairs

“When you get to talk to the people you’re working with and they tell you how they’ve been impacted, it’s just the best feeling to know you made a difference. Seeing how you can take your breadth of knowledge, share it with someone else, then see the impact on their life is definitely a huge highlight!”